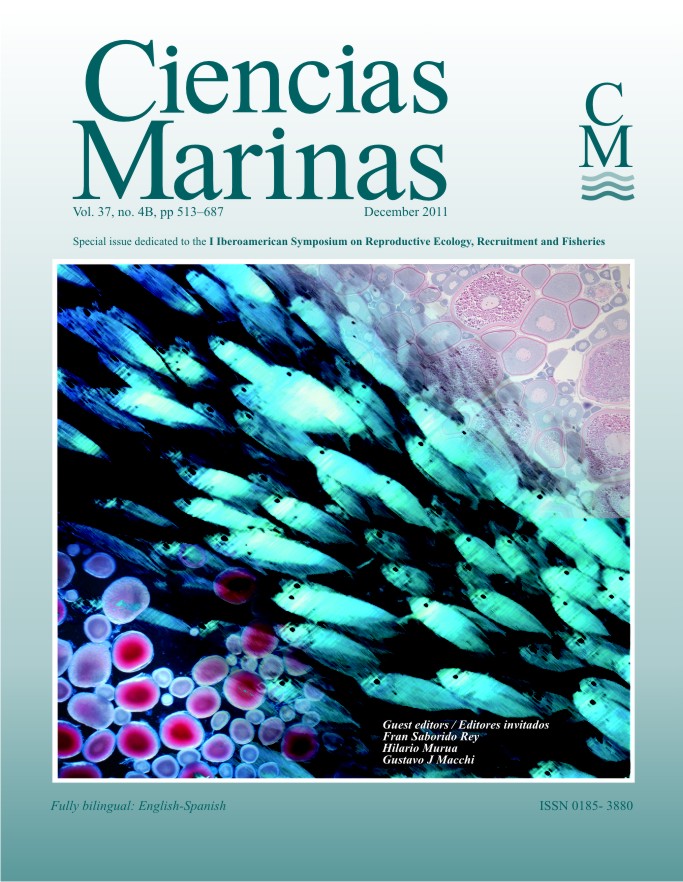 In this paper we analyze the standardized monthly anomalies of time series of the gonadosomatic index (GSI, 1986–2008), spawning fraction (SF, estimated by histological analysis of gonads, 1992–2008), and condition factor (1986–2008) of the Peruvian anchovy Engraulis ringens. Statistical analysis using filters showed, according to their mode of variability, the existence of three distinct periods for GSI (1986–1989, 1990–2000, and 2001–2008) and two for SF (1995–2001 and 2002–2008). Based on this, we built monthly GSI and SF patterns for each period, which showed marked and prolonged seasonal reproductive activity. The patterns found have been interpreted as changes in reproductive strategy. The condition factor showed no significant differences throughout the study period. We discuss changes in these periods and their implications for fisheries management measures.